The problem of illegal dumping and who is responsible for its removal was the subject of a lengthy discussion at the Jan. 9 meeting of the Carleton Place planning and protection committee. 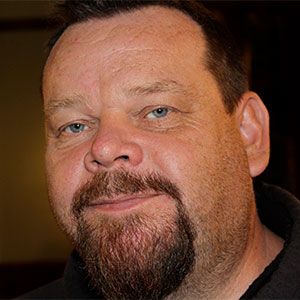 Developer Volundur “Wally” Thorbjornsson had brought a complaint to the town about continued dumping of garbage at the entrance to his north end property at 130 Industrial Ave. Thorbjornsson was seeking relief from the current by-law, which places the onus on property owners to ensure that waste illegally placed in front of their lots is either properly tagged for pickup or removed by 11 p.m. on normal collection days. Anything left out after that deadline is subject to removal by the town, with the clean-up cost billed to the property owner.

Thorbjornsson expressed his frustration that this problem has been ongoing for seven years, forcing him to haul away “tons” of garbage on his own from the adjacent town property while considering a possible legal challenge to the by-law.

Most recently, his staff were forced to remove a large amount of refuse, from mattresses and furniture to discarded renovation materials. While town staff have attempted to discover the origin of the dumping, the relatively remote location of Thorbjornsson’s industrial park continues to make it a prime target.

According to a town report, the OPP have recommended Thorbjornsson install security cameras to try and catch the perpetrators. However, the developer’s lawyers have advised him against this move, apparently citing the potential privacy rights violations of filming individuals on public property from a private location.

“I wouldn’t be monitoring my property, I would be monitoring your property,” he told town councillors. “I’ve gone the entire circle on this to try and find a solution. I think I’ve been patient and I’ve been trying to do my part in getting rid of the problem, but it keeps reoccurring.”

Thorbjornsson said he has offered the town the opportunity to install its own cameras at the problematic location to monitor the public land where the dumping continues, but it was refused.

While the town’s director of public services Les Reynolds explained that illegal dumping is a problem at a number of Carleton Place locations, committee members tended to agree that they were saddled with what Councillor Theresa Fritz labeled “an imperfect by-law,” but had no immediate solution.

Ultimately, the planning and protection committee supported the staff recommendation that no changes be made to the existing by-law, but a subsequent motion put forward by Mayor Louis Antonakos that staff examine the by-law’s enforcement process and report back to council was supported unanimously.