“Conlon fundraising starting now” blared the headline under the Perth Courier Oct. 8, 1986 masthead.  The story went on to say that “Although a total figure to be raised through donations has not been determined yet, a fundraising drive for phase one of the Conlon Farm recreation project is quickly gearing up.  Phase one is expected to cost about $444,000.”

The same edition carried a photo of John Willson and Lily Pigott, who were named co-chairpersons of the Conlon Farm fundraising committee.  A well-known Perth lawyer, Willson also served two terms on the Perth Town Council, on the Judicial Appointments Advisory Committee of Ontario, as well as on many other local committees and organizations. Pigott is a past president of the Perth & District Horticultural Society, and active in other community activities.

The rare case of citizenry banding together for a common cause had occurred in the small Eastern Ontario town of Perth, and the Conlon Farm express was rapidly gathering a head of steam, and making ready to leave the station.

Don “Bugsy” Nagle recalled recently that he had been working full time for the parks department in Perth since 1982 when the Conlon Farm project began.  “The Legion Little League Baseball Diamond was pretty much done by Steve (Fournier) and me,” Nagle added.  He remembers huge crowds of people at large events such as the Little League Championships, the Canuel Soccer Tournament, and the yearly Fastpitch Tournaments.  Perth hosted the Canadian Region Tournament in 1995 for the Little League Canadian Championship, and as many as 3,000 people were reported to have watched the games.

As a teenager attending Perth & District Collegiate Institute, Deanne Strong (Haughian) was already active in sports and other school activities, when she and her friend Jeff Bell were suddenly thrust into the role of youth coordinators for the Conlon Farm project, as also reported in the October 1986 story.  The Mayor of Perth at that time was Lowell Yorke, who passed away Jan. 29 of this year.

Strong, who is now Principal of St. John Catholic Elementary School, recalled that the youth coordinators were specifically tasked with fundraising for the toboggan hill.  “My kids got to use that hill and knew of my involvement, because my name is on the dedication plaque in the Chalet at Conlon Farm.  I never thought I would be coming back to Perth after University, but years later I was lucky to get a teaching job here and my kids were able to grow up in my hometown.”

“We actually met with the main committee regularly and they listened to our input.   Jeff and I went out to other schools and groups and gave presentations,” Strong continued.  “We were chosen probably because we both worked at the outdoor pool and were both involved in a lot of sports.  Jeff was a lifeguard and I was the playground programmer at the pool.”

Jeff Bell was the General Manager of Canadian Tire in Perth for many years, and is now a store owner in Fenelon Falls, Ont.  He was also active in the Canadian Tire Jumpstart program, which assists children with financial need to get involved in sports.

Like Bill White, Strong also had praise for the Recreational Director at the time. “Bob Sauer was determined to make the project happen.” She explained that the coordinators were shown the original plans and given smaller copies to use at presentations. “We understood at the time, these features at Conlon Farm would also provide maintenance jobs for young kids.  It was helping our own and future generations. There were a lot of meetings, and a big portion of our job was in the fundraising. We needed more money than the grants which were obtained at the time. Looking back, it was a great opportunity and helped develop life skills.  I was fortunate to be in the right place and time.  It was a big thing for the Town of Perth, and has given kids a place to go year round, while building sports like baseball and soccer.”

In February 1986, council had approved the selection of consulting firm Cumming-Cockburn to produce a plan for the project, and then in June 1986, there were two schemes suggested by Cumming-Cockburn for the property.  Reporter Steve Forster wrote that: “The first scheme includes three ball diamonds, tennis courts, soccer fields, a court activity area and other features. The second scheme removes one of the ball diamonds and includes an arena. Scheme two also has a 400 car parking lot, while scheme one has a parking area for 240 cars. Recreation committee chairman, councillor Bill White, said this week he is very optimistic town council will go ahead with development of the property.”

The die would soon be cast, and a scheme for development chosen.  While much had been accomplished, the committee members and supporters realized the road ahead would not be without a few bumps. 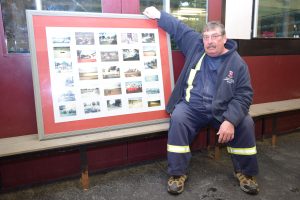