Fabulous turn out for three-day festival in Perth

Visitors walked slowly by vendors talking and chatting, grandparents chased children in the park, and families picnicked on the green grass just enjoying the hustle and bustle and activity of the weekend.

Essential Oils and Emotional Freedom workshops enticed some while the ever-popular face-painting drew a crowd of kids; a craft table caught kids’ eyes as well as wading in the river (with watchful dads close by!)

A collaborative painting of Canadian maple leaves went on under one tent (destined for a year’s hanging in the library) while the bending and building of a birch bark canoe filled another.

Canoe-builder Chuck Commanda (with helper Earl Bain) had one canoe with him and he and Bain were working on another. Both were eager and willing to talk about the intricacies of their work.

Vendors and their wares dotted the parking lot pavement – hats, jewellery, pottery, Ducks for YAK – they were all there. And Deputy Mayor John Gemmell made sure all crossed the road at Town Hall into the Crystal Palace safely. 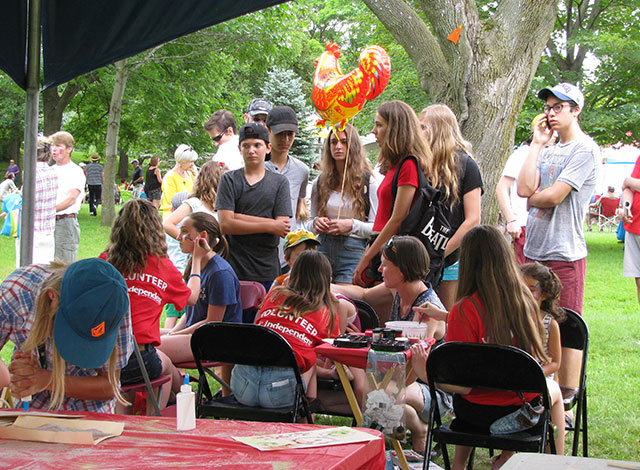 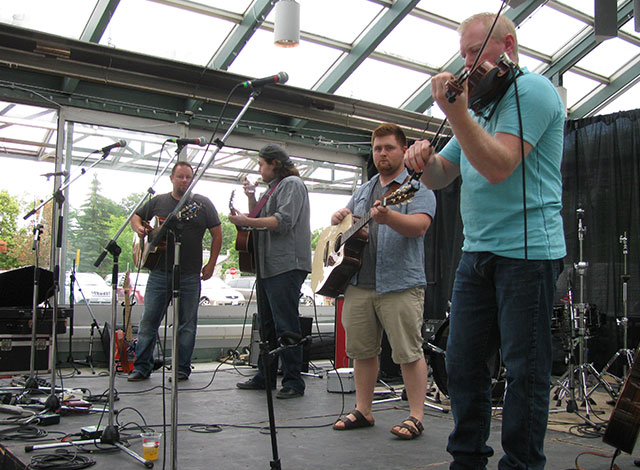 Tuning up for a jam session. Photo credit: Sally Smith. 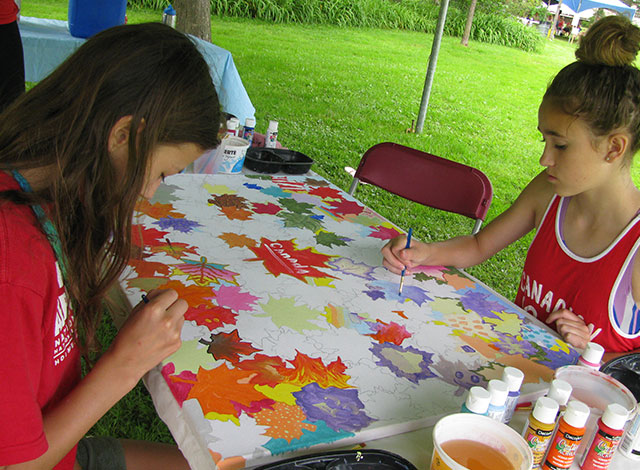 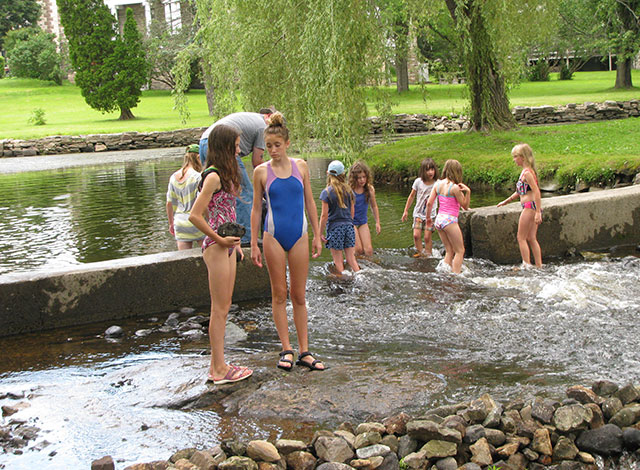 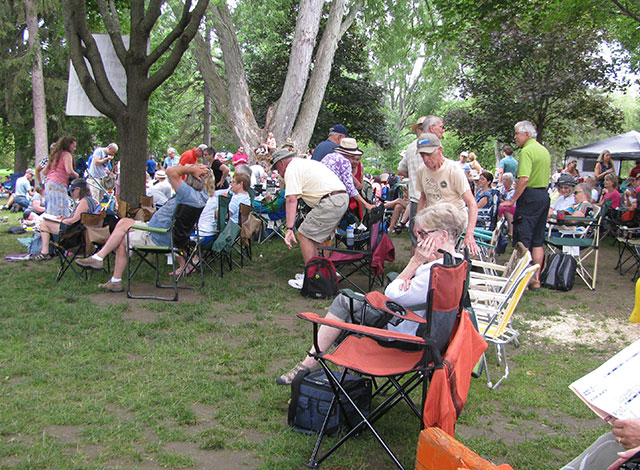 A full house at the festival. Photo credit: Sally Smith. 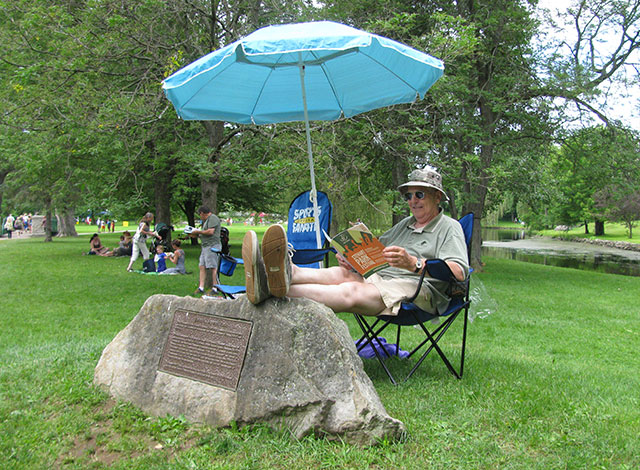 Waiting for Valdy to take the stage, ‘Nancy from Earth’ was comfortable in anticipation. Photo credit: Sally Smith. 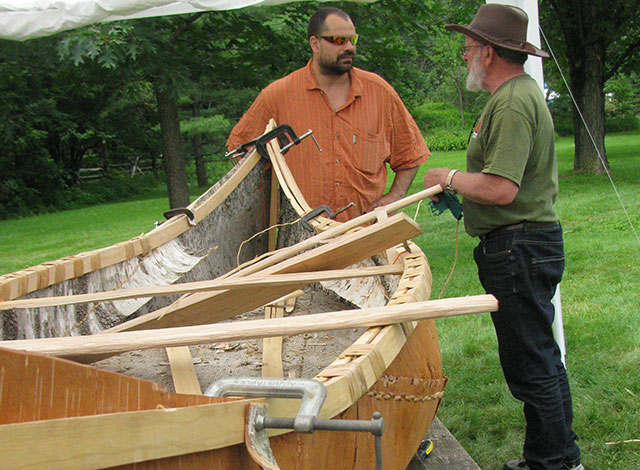 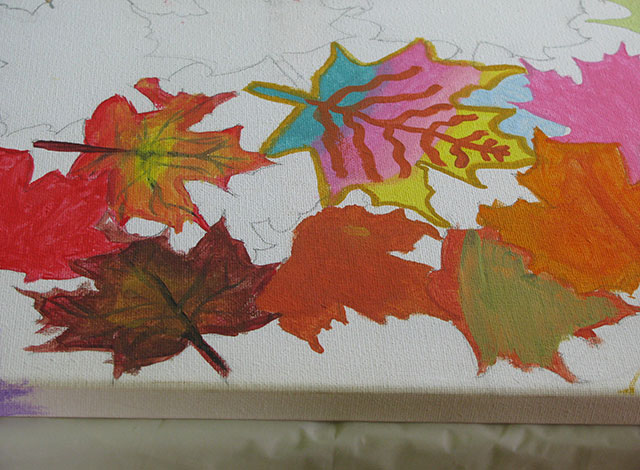 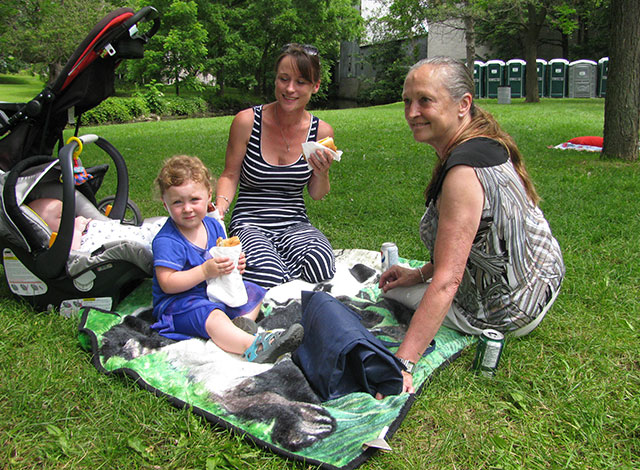