Fraudsters are testing my spidey sense

…And how about those Pee Wee Bears

Within the last month, I’ve almost been the victim of two scams — one via telephone and one via email. 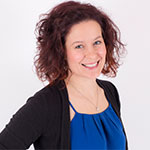 The first one was when I got a call from “Bell” letting me know about a new promotion. It sounded good — not too good to be true — but really good. I figured since the big three service providers have been at battle over who can offer the best plan for the lowest price over the last few month, Bell was upping the ante and extending the deals to landline customers.

What made me pause was when the customer service rep on the other end asked me three times that I did in fact want to go ahead with this deal, and then transferred me to a manager who then again asked me about it.

I worked in a call centre once — one that was less than legit, although I didn’t realize it until it was too late — and that was a tactic we used. Get the person to agree, the manager closes the deal.

When I thought something was fishy, I asked him to prove to me that this was Bell. Without missing a beat this person gave me his direct phone number. Then he asked for my address and account number. When I asked why he didn’t have this info, after all I am an existing client, he said he would get it from the accounts department and asked me to hold. One minute later, he tells me that the accounts line is busy, can I just give it to him? While I was on hold, I Googled the number he gave me. Turns out it’s been linked to a shady call centre and flagged as a scammer.

The second time I almost became a fraud victim as when I got a email from Apple letting me know my ID was being used on an iPad. It suggested that if I didn’t just log in from an iPad to change my password ASAP because my ID may have been compromised.

I clicked on the link provided. It looked valid. And when I did, it asked me to confirm my name, email, my address and my social insurance number (SIN). What? Why does Apple need my SIN? Then I looked closely at the link. It said Apple in it but had way too many .fghghtc.vgggjjhj to be legit.

I want to think that I am not the target demographic for these fraudsters but, apparently I am. These people have learned and have evolved. These scams are no longer so obvious that only a luddite or half-wit would get caught up in it. Be wary and listen to your spidey sense.

On another note, you know what is the real deal? These Pee Wee Bears we have here in Smiths Falls. This group of kids is working hard to prove they are worthy of the Good Deeds Cup — a “cup” that has a $15,000 reward for their charity of choice.

This endeavour to go above and beyond to help others shows not just the competitive and giving spirit of these kids, but the values being taught to them by their parents, coaches and mentors.

No matter where these Bears end up at the end of this competition, this experience will be one they remember throughout their lives. Hopefully it will guide them in their decision making and they will think twice about the things they have, throw away and how they can help others in the future.

Kudos to the coaches and parents for taking on an initiative that is well beyond their “hockey duties,” all in the name of kindness. #HomeTownProud.

*This article first appeared in the February issue of Hometown News. Since then, the Pee Wee Bears have been named Finalists in the Good Deeds Cup.