In a final staff report released on Feb. 15 by the Upper Canada District School Board (UCDSB), some schools originally slated for closure this fall have been removed from the list. Glen Tay Public School is one of them.

“My first reaction, I cried tears of relief. I couldn’t believe what I was reading. I felt like we had been heard,” said Barb Keith, the Accommodation Review Committee (ARC) representative for Glen Tay Public School.

During the public meeting process, parent Kathy LItalien made two presentations to the board on behalf of concerned parents at Glen Tay and said this recent news has given her some hope.  “We are for sure feeling more optimistic because it appears that our plea for more time and more thorough review was heard,” she said. “We are cautiously optimistic.”

Since it was first made public on Sept. 28, 2016 of the board’s plan to close several schools, Litalien says it has been very emotional for everyone involved.  “During my first presentation I almost broke down right at the beginning because I was thinking of my children and the staff and the magic that is created in Glen Tay that keeps blowing away my expectations,” she said.

Jody Sproule, another parent who has been part of the lobbying process with Keith and Litalien said she finds the news encouraging, but knows that nothing is a done deal until the final vote on March 23. “It’s been a very frustrating process and not very well laid out. The meetings themselves have been pitting schools against each other and I didn’t like that,” she said.

In the final staff report, which is available on the UCDSB website, four themes were communicated by the parents and public: support rural schools, limit the bus ride time, limit overcrowding and use of portables and allow for transition time for students who are relocated.

It seems that those concerns, at least in regards to Glen Tay Public School, were heard. 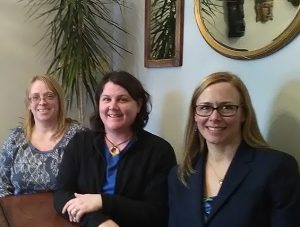