The decision to expand into Canada was done primarily to take advantage of the natural beauty of the Rideau Canal. During the grand opening, businesses from around the canal set up tents for international visitors to sample.

“This is all a little taste of the Rideau,” said North American marketing manager Lisa McLean. “We’ve got people from all over; journalists, mayors, community members and international visitors. We decided to host local business so that visitors could get a sample of the Rideau.” 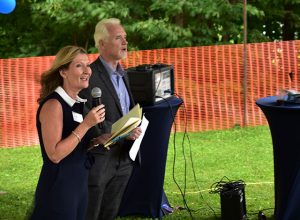 The company began planning for a Canadian expansion in January of 2015, after Le Boat managing director Cheryl Brown met Noreen Cartwright of the Ontario Ministry of Tourism, Culture and Sport. Cartwright recommended that Brown bring her boats to the Rideau Canal. Her interest piqued, Brown decided to take a trip to Ottawa to see the canal firsthand.

“As we cruised into this great big waterway, I was completely blow away,” Brown said to the audience attending the grand opening. “It was incredible. I remember asking, why is nobody here? Is there some kind of Loch Ness Monster? Why is nobody working this cruiseway?”

Since then, the company has invested $16 million to create their Canadian fleet and develop a base of operations in Smiths Falls. The Rideau-bound boats were built in Poland and sailed to Canada in January of 2018. There are currently 16 vessels on the canal, although the company plans on doubling that number within a few years.

Although the company has only just opened their doors, visitors from around the world have started making an impact in Smiths Falls. According to Mayor Shawn Pankow, the town has begun to see economic benefit from Le Boat’s presence.

“We have already seen growth within the town,” said Pankow. “The average boater spends quite well, and our local businesses are here for international visitors. We want to make sure that our visitors get what they want.”

Aside from the boost to the local economy, Pankow is happy to see the level of media coverage that Le Boat has brought to the town. Smiths Falls has received national and international attention due to Le Boat’s prestige in Europe.

“It shines a large global light on our community,” Said Pankow. 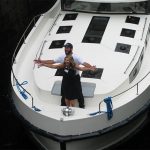 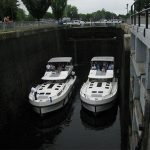 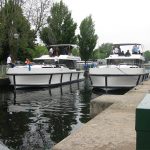