Opening ceremonies for the Major Provincial Baseball Championships got underway at 11:30 sharp, Saturday, July 22 in Perth at Conlon Farm. Red, yellow, green and blue-shirted players lined the diamond for the singing of Oh Canada before Perth’s Town Crier Brent McLaren welcomed everyone and thanked all involved in organizing the event.

Co-chairs Pat Habel and Karen Crosbie, both well known in the community, put on top-notch tournaments and the league is looking forward to a good week of baseball.

Those who can’t make it to the free games can catch some of the action via a live stream on the tournament’s Facebook page.

Ten games will be live-streamed including the semi-finals and final. Winners go on to Canadian Regional Championships in Medicine Hat, Alberta on Aug. 3.

Nine teams of 11- and 12-year-olds stood respectfully as Mayor John Fenik stepped up to throw out the first ball…and it was a good one (much to his relief!) This will be the third time in recent memory that Perth has been the host town for the tournament. The tournament goes on all week until July 30. 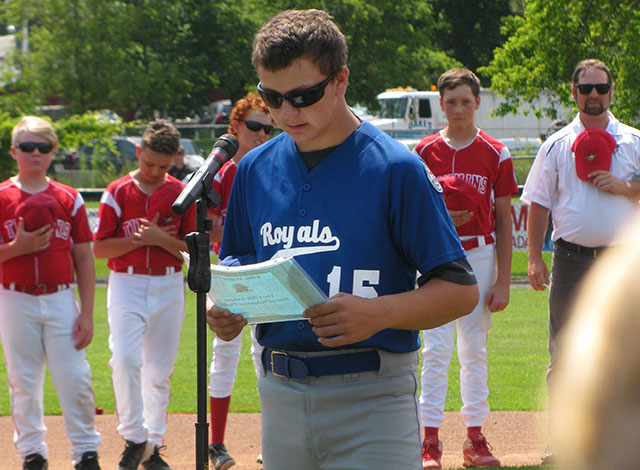 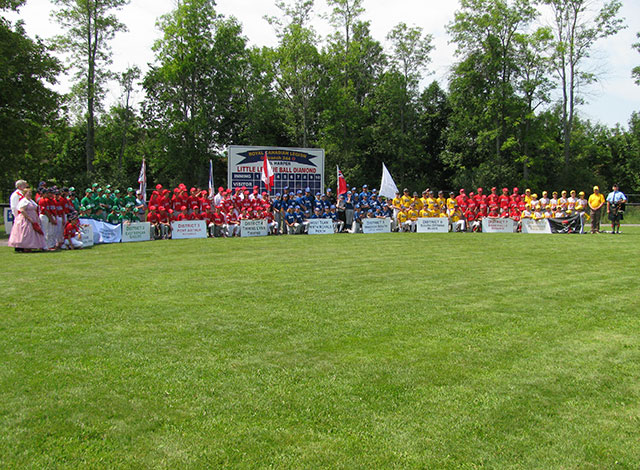 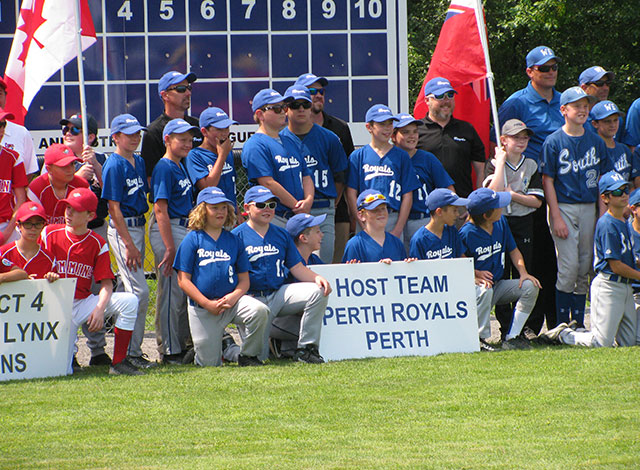 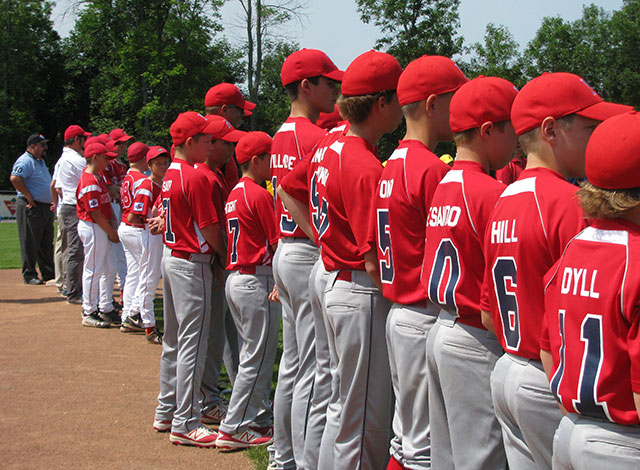