The best job at Westport’s Heritage Day Festival June 24 fell to three pie-tasting judges – Doris Jones, Sean Rodgers and Rob Roberts. They each got to have a thin slice of 23 pies (apple, caramel, raspberry, strawberry, chocolate, raisin, maple and many more) and then make a decision as to whose was best.

The rest of the pie was cut into large pieces and sold for $3 a slice. The pie table, situated as it was at the beginning of the long shady path winding around Lockwood Memorial Park, got a lot of interest. And it was a reminder of the good-ole’ days of pie-eating contests.

There were lots of other heritage displays in the arena – colourful quilts, old tractors, old cars with rumble seats, old cookie cutters, old china and lots of archival pictures.

Outside, kids watched a bunny-jumping contest and were able to peek at six brand new kits as they snuggled into warm straw.

There was music by King of the Swingers, there was art, there was food, baby clothes and tie-dyed T-shirts.

Jen Rosenthal took retro photos in centuries’ old clothes; Michael McCann was there with copies of his latest book – Sorrow Lake. All in all it was a perfect way to spend a Saturday. 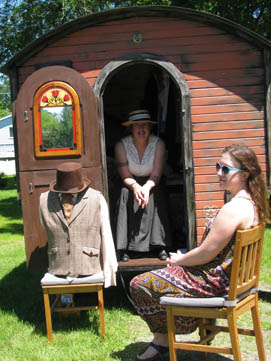 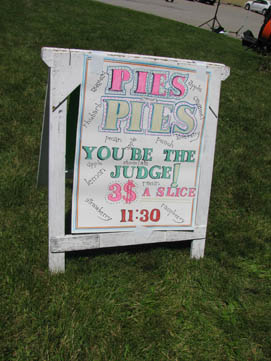 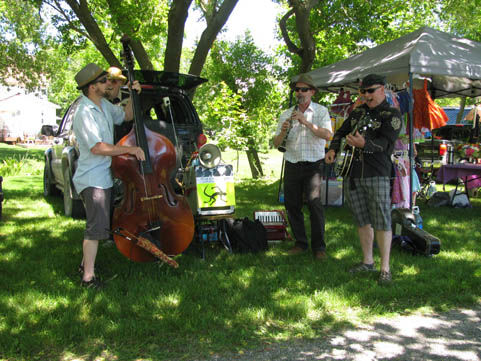 King of the Swingers entertained with familiar music. 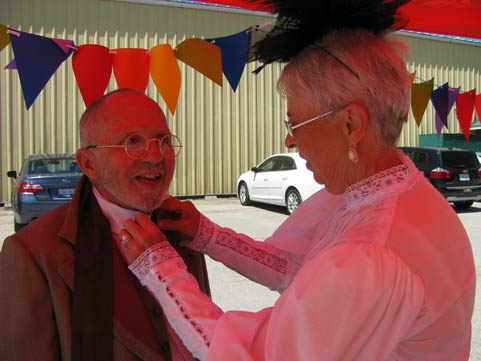