Am I the only one: Ontario work doesn’t work 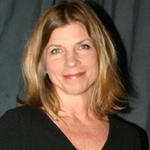 The government is very good at sending cash to large numbers of people every single month. Perhaps they might get better at helping people integrate back into the workforce. People will try and figure out a way to increase their household income but if the government takes it back where’s the incentive for working? We’ve grappled with this dysfunctional system for decades.

Where do we even begin to encourage more people to step out of these poverty traps. I see job postings everywhere. A friend of mine has a store and can’t find employees.  A family member on Ontario Disability Support Program (ODSP) won’t work because they will deduct from his cheque.

People on benefits should be motivated to work as welfare or benefits are barely enough to make ends meet. If you are collecting benefits and would like to get a part time job for some extra spending money or to save up for a larger item this initiative should be celebrated but instead the system discourages it by deducting 50% off the amount earned after the first $200.

A government ODSP caseworker says they “promote” working but they don’t force it.  We should be offering incentives for employers to hire people on social assistance.  We are funding under-utilized programs that should be cancelled to hire more people to manage the recipients of social benefits and provide mentorship and problem solving.  If I had a couple of kids and was collecting benefits I would not be searching for daycare unless it was worth it, would you?

Government employees need to step out of the box and start creating programs that work instead of using resources to fund a sinking ship.  Accountability is a word that gets lost at every turn.

I’m not paid to solve these problems but I’m certain that someone should be.

A job is the greatest welfare there is to enhance the quality of someone’s life.  It’s the best way forward but we’re delaying entry into the workforce by subsidizing these flawed programs and keeping people stuck in poverty.