Royal Sappers and Miners honoured at memorial in Newboro

On July 19 a memorial stone to the 13 Royal Sappers and Miners who lost their lives during construction of the Rideau Canal at Newboro due to malaria or mishap from 1828 to 1832 was unveiled. With a shortage of local skilled labourers at the time, Colonel John By brought members of a couple of Royal Military Engineer units to Canada to keep construction on schedule.

In attendance at the unveiling were members of the Canadian Forces (engineer unit in CFB Kingston and the mapping and survey unit from Ottawa), MP Gordon Brown, MPP Steve Clark, Rideau Lakes Township Mayor Ron Homan and the town crier, members of the military clergy to dedicate the memorial along with dignitaries of the local Royal Sappers and Miners Cemetery Restoration Committee and the general public.

The Royal Canadian Legion Rideau Lakes Branch 231 colour party, accompanied by a piper, marched in the flags to open the ceremonies. An amusing side note is the fact that the Legion colour bearers included the British flag, the Union Jack. For the Canadian Armed Forces to include it in their own colour party would have required permission of the Queen through Canada’s Governor General, which may have taken too long.

There was live musical accompaniment and the violinist’s great grandfather was one of the 13 whose names is engraved on the memorial. It took the committee two years to research and find the names and dates of death of these Royal Sappers and Miners. Two Canadian Forces members from CFB Kingston were in period uniform displaying survey instruments of the time and there was a large model of the Narrows Locks Blockhouse on site too.

The weather held off and the ceremonies went off without a hitch to the delight of everyone there.

Drop by in Newboro on Hwy 42 just south of town to see the cemetery which includes not only this new memorial but the tombstones of men, women and children from the early 1800s. 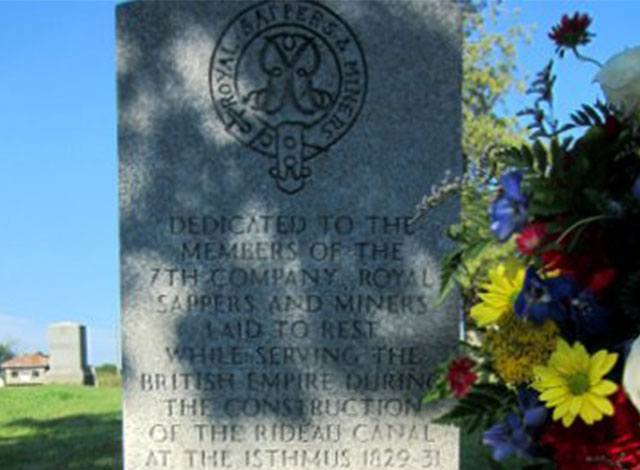 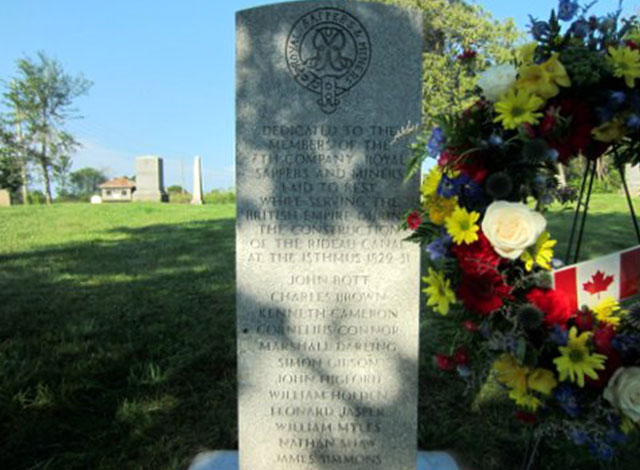 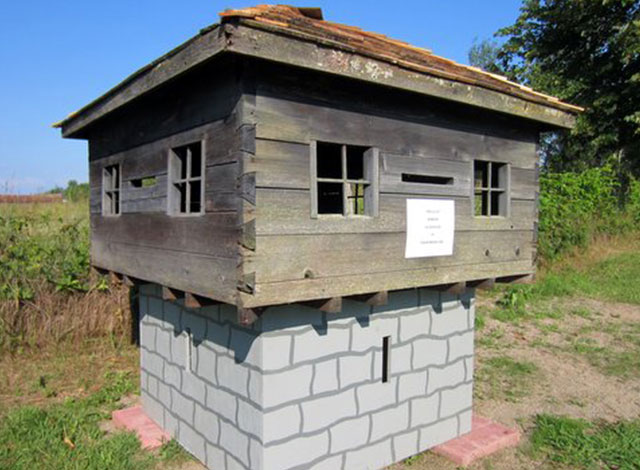 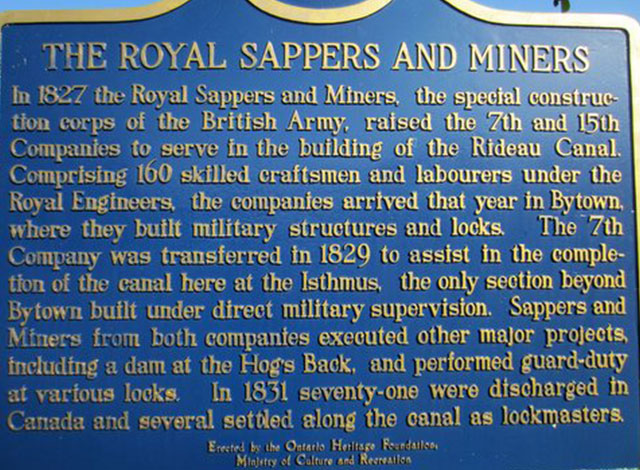 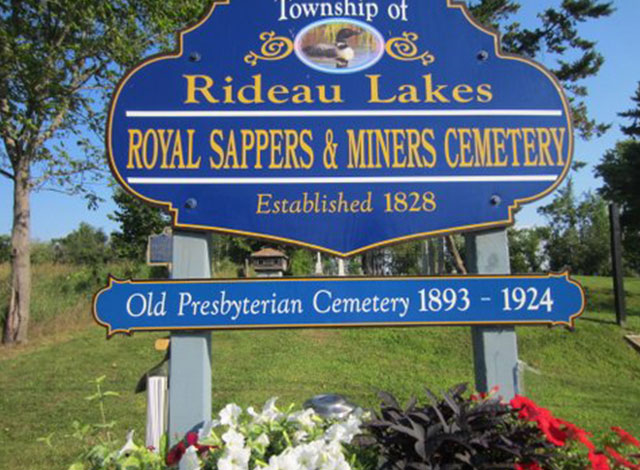 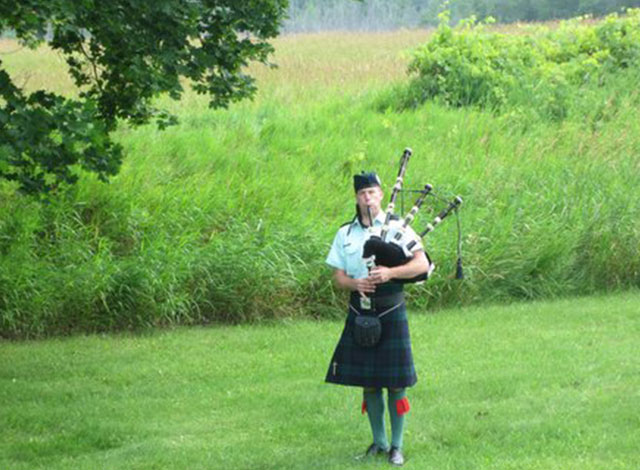 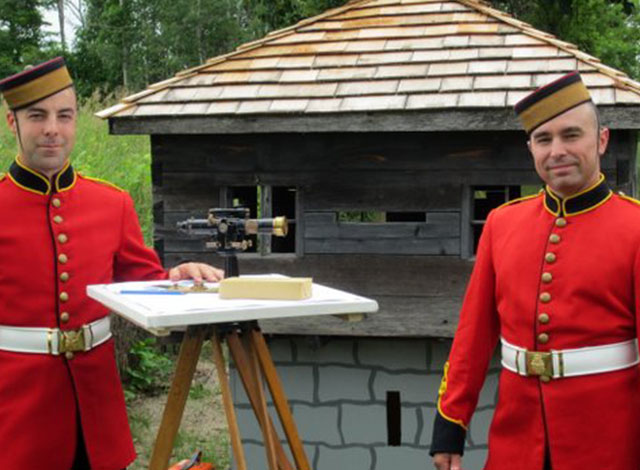 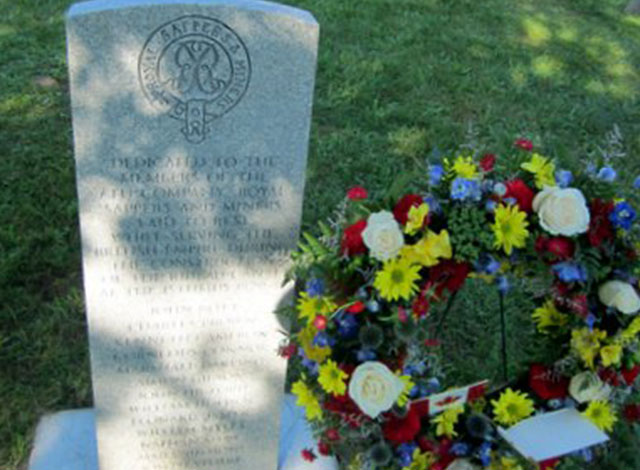 If you liked this article you may also like: 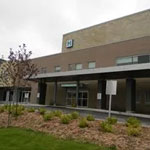