Photo courtesy Dave Bromley: Dave Bromley with the “Perth Remembered” book, and his website showing on the screen behind him.

The book titled “Perth Remembered”, a 1967 Centennial project, was not seen as a history of Perth, but rather a series of anecdotes and snippets of news past accompanied by sketches and photographs. The items were lovingly selected and incorporated into the book’s pages by an editorial committee, of which County Court Judge Edward M. Shortt was the chairman. Judge Shortt (1915-1978) would later pen the locally popular book “The Memorable Duel at Perth”, published in 1970.

With 174 pages of material, it is a slim volume, and can sometimes be found locally at book stores or the library. Although the source of each piece is not always evident, there are some acknowledgements on the inside of the back cover and a contents table at the front. The book is officially copyrighted, with the formality “All rights reserved by The Perth Museum” included on the flyleaf.

The Perth Courier of Jan. 26, 1967 reported that the Perth Centennial Committee had unanimously approved the book project in May of 1966, and it was decided that “One of their more important projects for Centennial Year 1967 should be the publication of a book which, by word and picture, would give an interesting, vivid and factual account of our town from the year of its settlement, 1816 to our country’s Centennial year, 1967.”

In their June 22, 1967 issue, the Courier reported that: “Word has just been received that, at long last, Perth’s Centennial anthology – ‘Perth Remembered”, has arrived. To afford residents of Perth the first opportunity to obtain a copy or copies of the 176-page book, a door-to-door blitz of the town has been arranged. The books are now on sale at the residence of W.H. McFarlane, 17 Isabella Street, and parties wishing to secure copies may pick them up there.”

Dave Bromley, who was born and raised in Perth, was inspired by the book to create a “Perth Remembered” website and companion Facebook page, both started in January of 2015. He describes his perthremembered.com website as: “A pictorial journey throughout the history of the Town of Perth and Lanark County.” The site is well organized in sections such as “Historical & Interesting Events” and “Places of Interest & Street Names”, and the history is accompanied by many old photos and newspaper articles which have been restored by Bromley, a graphic artist. Through the site you can obtain a photo-restoration service from Bromley, who is an expert at enhancing and restoring old photos.

Designated as a Coordinator/Professor at Algonquin College in Ottawa, Bromley’s main focus besides teaching is on logos. The college website mentions that “He has designed many popular logos for clients such as OC Transpo, Chez106, Ottawa Rough Riders Football, Lake 88.1FM Perth, Canada Pork International and the 200th Anniversary of Perth Ontario.”

To explain the 200th Anniversary logo: The Perth 200th Anniversary Celebration took place in 2016, and plans were made under the guidance of an advisory panel. On June 9, 2011 the Perth Courier first reported the upcoming year-long celebration which was to happen in 2016. The Courier also reported at the time that: “The advisory panel has also chosen a winner from the approximately dozen entries in public competition to design a logo for the anniversary. Subject to confirmation, the logo is set to be officially unveiled at the bandstand behind the Perth town hall at 10:30 a.m. Saturday, June 18, the same day as Doors Open Perth.” The logo was chosen by a panel of judges, and Dave Bromley was the winner.

An extract from the Perth Remembered book preface by Judge Shortt explains the book well when he writes: “In 1816 it was the polite practice to introduce a book with an apology for its inadequacy or shortcomings. Reviving this quaint custom the gentle reader is warned that this is not a history of Perth; still less is it a tourist guide or prospectus for municipal bonds.” As you can see, the Judge had a wonderful sense of humour.

If you have any comments or suggestions, please email me at: terry@pdgmedia.ca 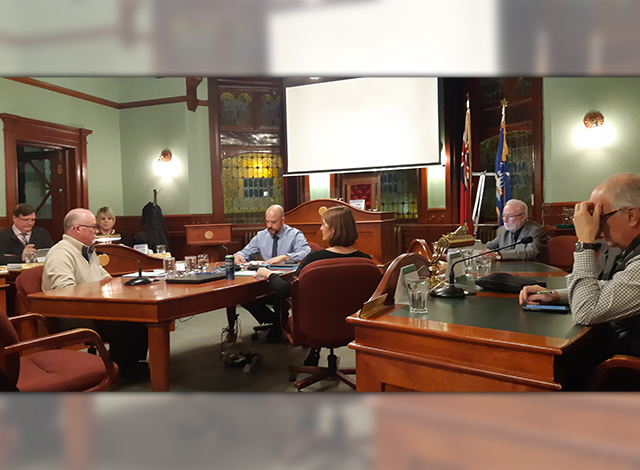 Carleton Place council held a special session of their committee of the whole on Jan 7 to discuss the upcoming Bridge Street reconstruction and plan for a public meeting on the topic on Jan 27. In December of last year, council first heard of a major jump in the cost projections from $1.4M to $2.1M for […] 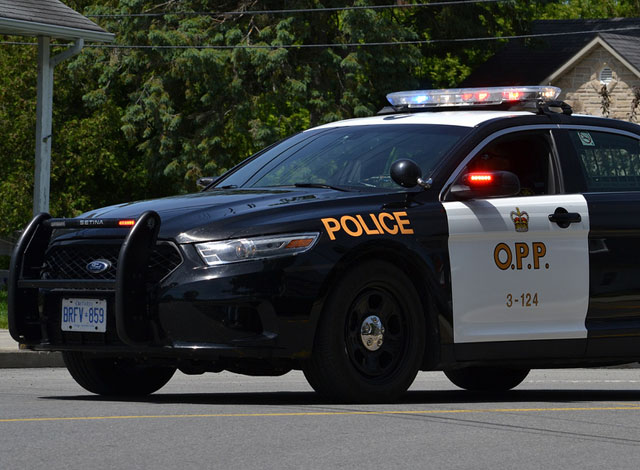 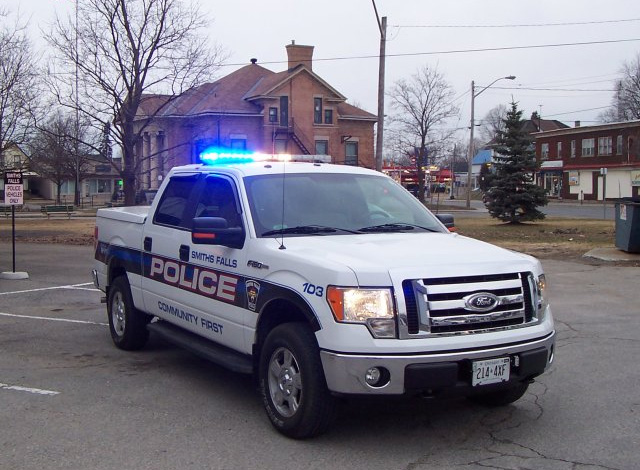 On the 28th of December 2019 at approximately 8:45 p.m., police responded to the KFC on Main St Smiths Falls after receiving a report of a male who entered the restaurant brandishing a weapon demanding money. The male fled with an undisclosed amount of cash. Male described as being in his 20’s, thin approximately 6 […]

51 year old Lorraine CUSSON of Perth was arrested in Perth Provincial Court yesterday after being charged December 24th 2019 for theft and breach of a recognizance in Smiths Falls. She was held in custody for a bail hearing as she is facing over 75 outstanding criminal charges in the Lanark county area for thefts […] 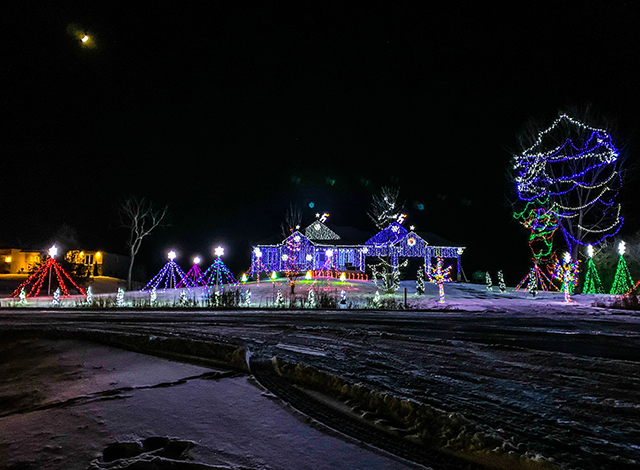 This time of year, more than our children look forward to the Christmas season and one thing that’s guaranteed to bring out the spirit of the celebration for those who are young and for those who are young-at-heart are festive home light displays.  Many of us can remember when our parents loaded us up in […] 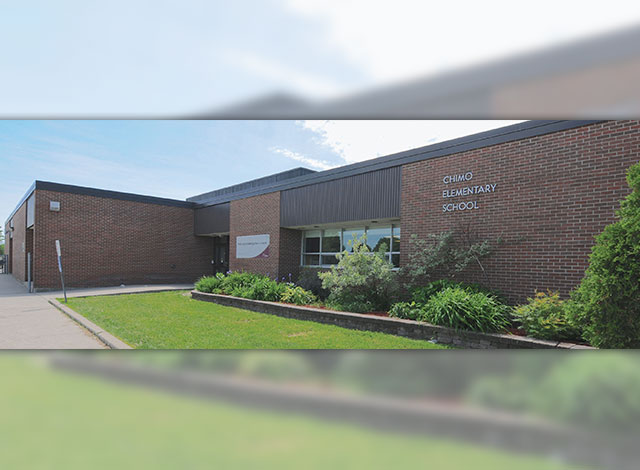 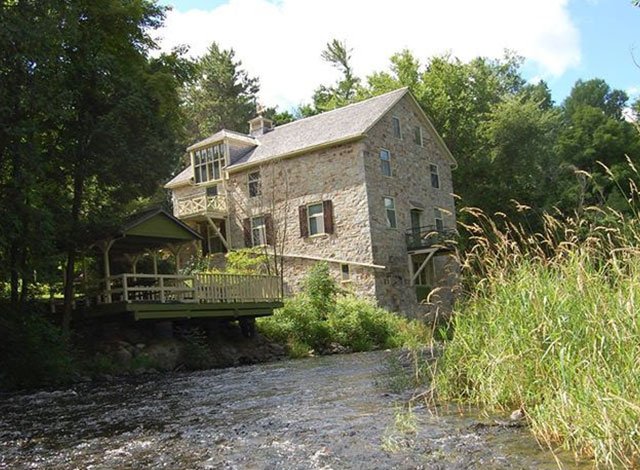 A Special Advisory Committee formed to explore and recommend viable and sustainable options for the future of the R. Tait McKenzie and Dr. James Naismith collections at the Mill of Kintail Conservation Area Museum is making progress. A call for members was made in September and the Committee was struck in October following the Mississippi […] 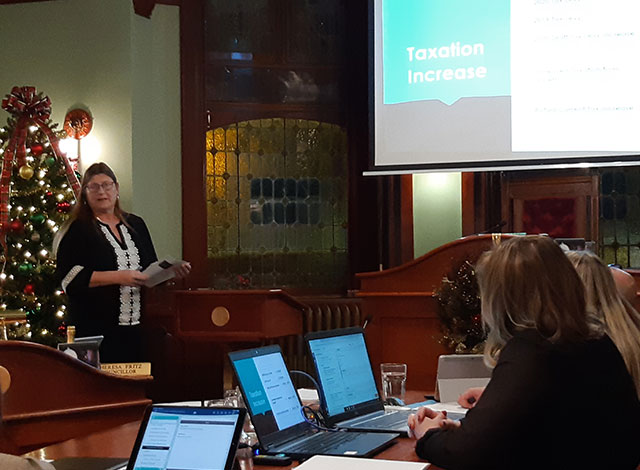 At Tuesday’s Carleton Place council’s committee of the whole meeting, town treasurer Trisa McConkey presented a draft of the 2020 budget for council discussion and public input. Her presentation, which did not include any water or sewer rates (those were discussed and passed with a 5% increase earlier this fall), calls for a tax rate increase […] 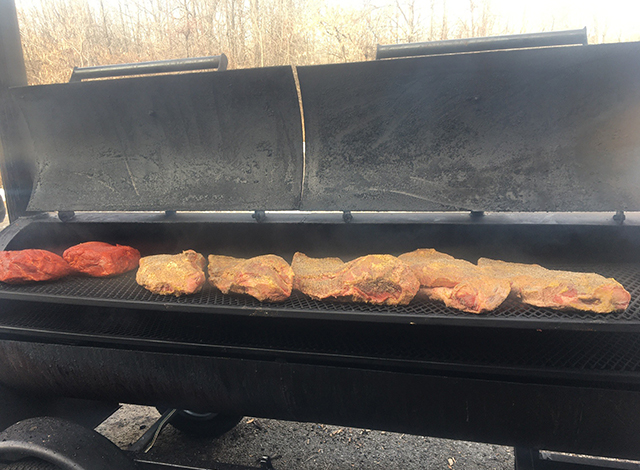 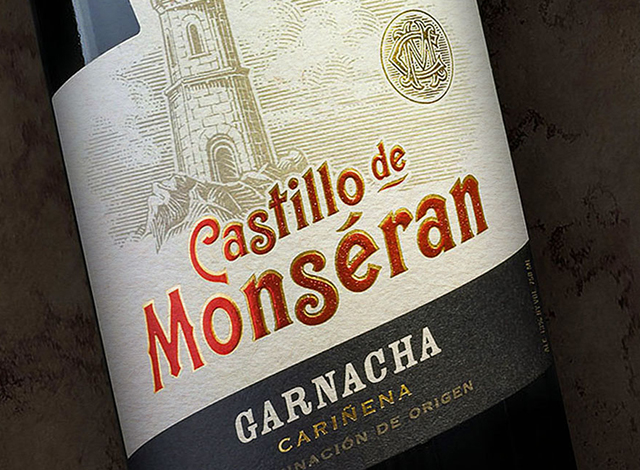 Culture
Am I the Only One: Polite Canadians 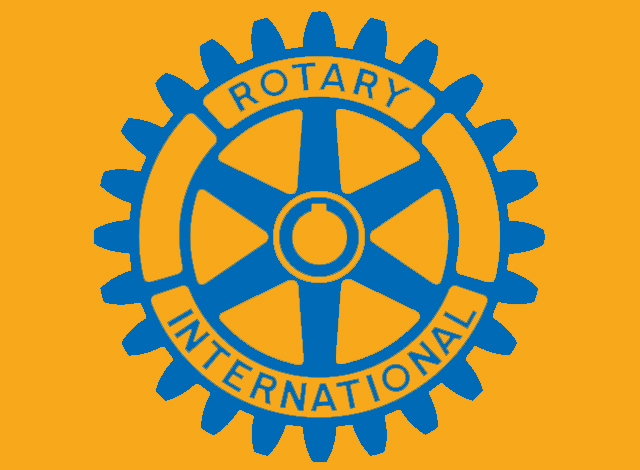 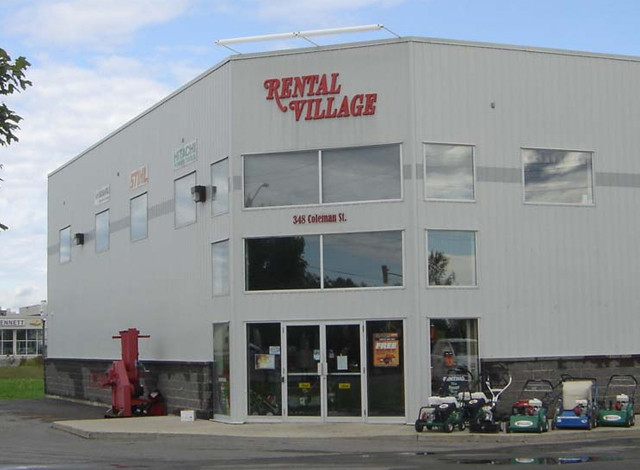 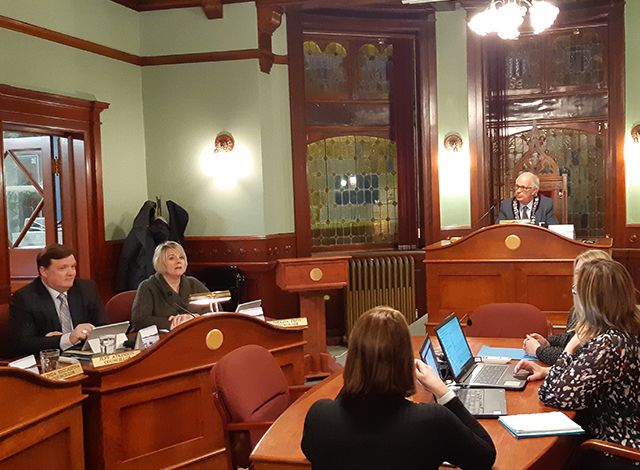 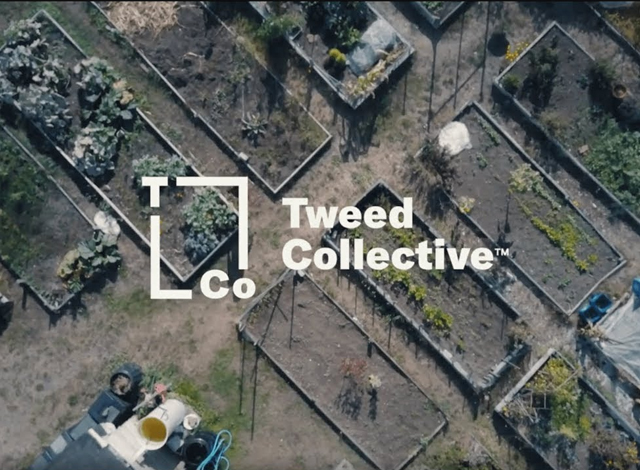 Sports
3:4 shootout loss for the Bears against the Navan Grads 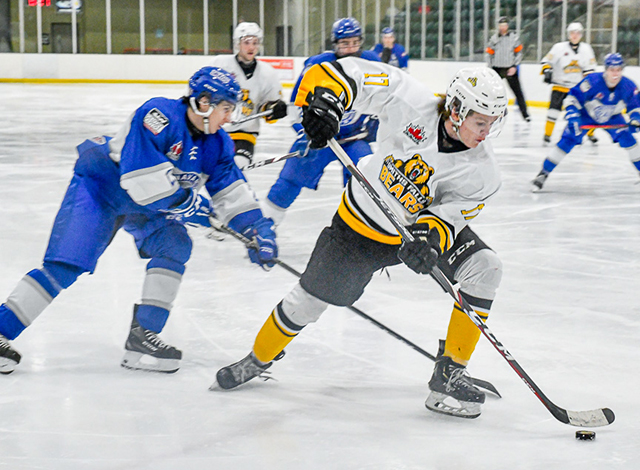 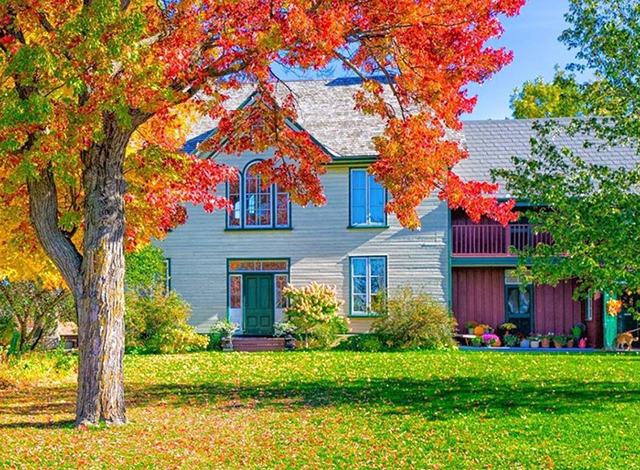 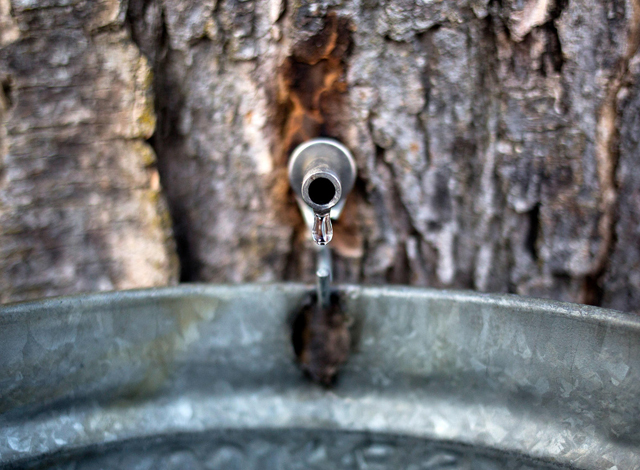 Am I the Only One: Polite Canadians

On a vacation the first question people ask you is where you’re from. We proudly boast Canada because we know confidently that Canadians are known for being polite. This is a widely held belief and longstanding virtue and I wonder, as Canadians what other associations we could aspire to. Unified would be nice. They say […]

Thoughts on the Year Ahead…

Happy New Year, Dear Readers!Just like every year, this year at Hometown News has started by taking stock of 2019, considering what has added value and what has detracted from it.  More than ever, we have found ourselves busy in the endless stream of social media. As a voice in local media, we see the […]